Oncostellae participates at the 2018 Biospain congress that takes place from 25th to 27th of September  2018  in the Fibes Exhibition & Congress Centre of Seville.

BIOSPAIN is the largest biotech event organized by a national bioindustry association in Europe and one of the largest in the world by the number of one-to-one meetings (+3.000) and companies participating (+800). 34% of our delegates came from outside of Spain. 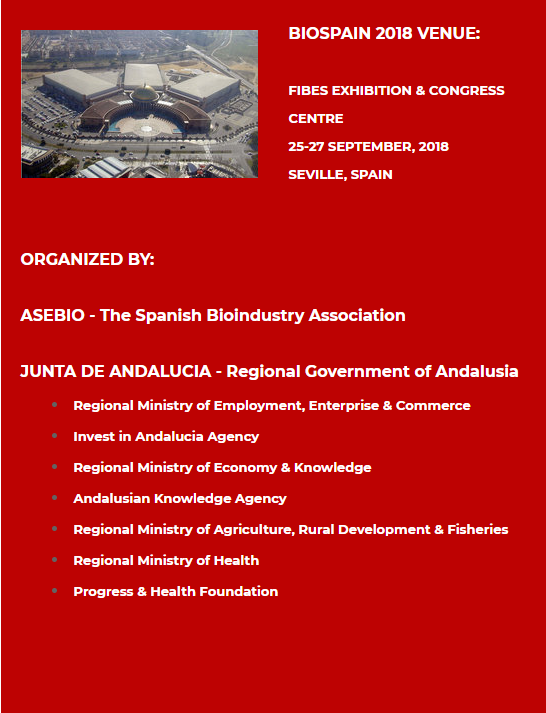